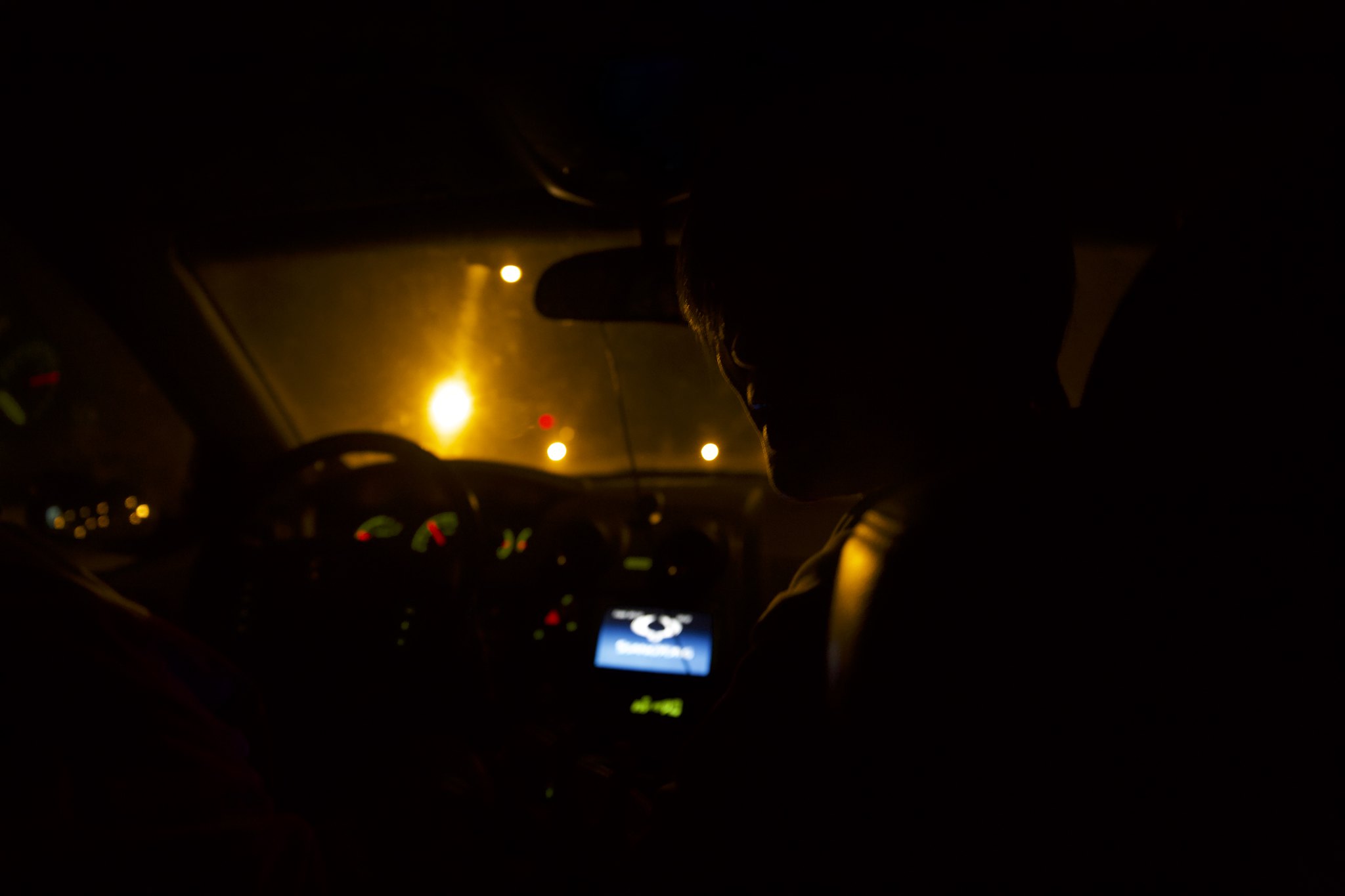 I arrived in Taipei in the night. 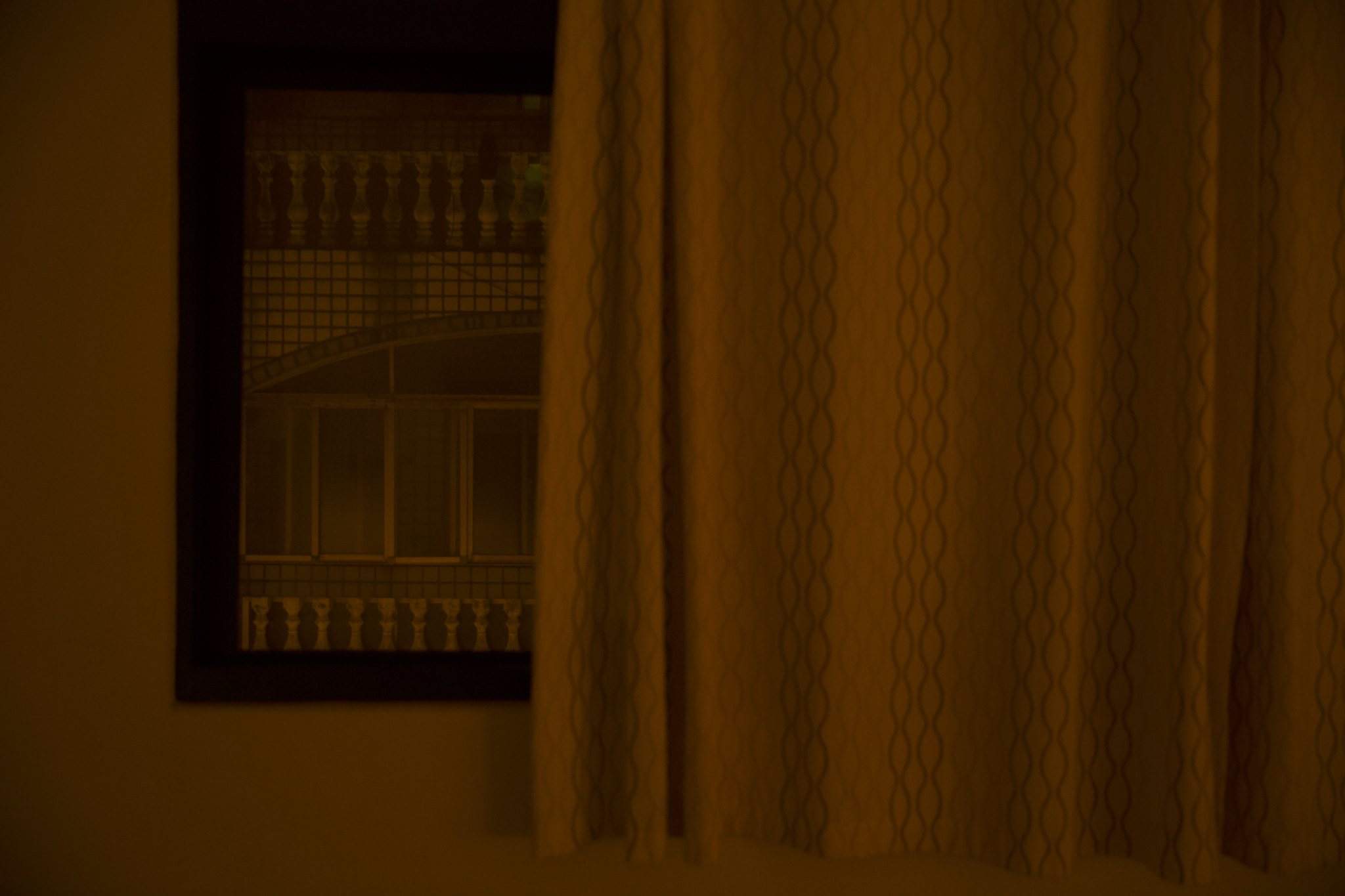 Fan and I had spoken about visiting each other for so long and in September it happened. We had to prepare for a month long shoot in France, so a few days were spent to align again. It was dark and quiet but I saw where she lived for the first time. And suddenly, a lot of things I know of her began to make sense. 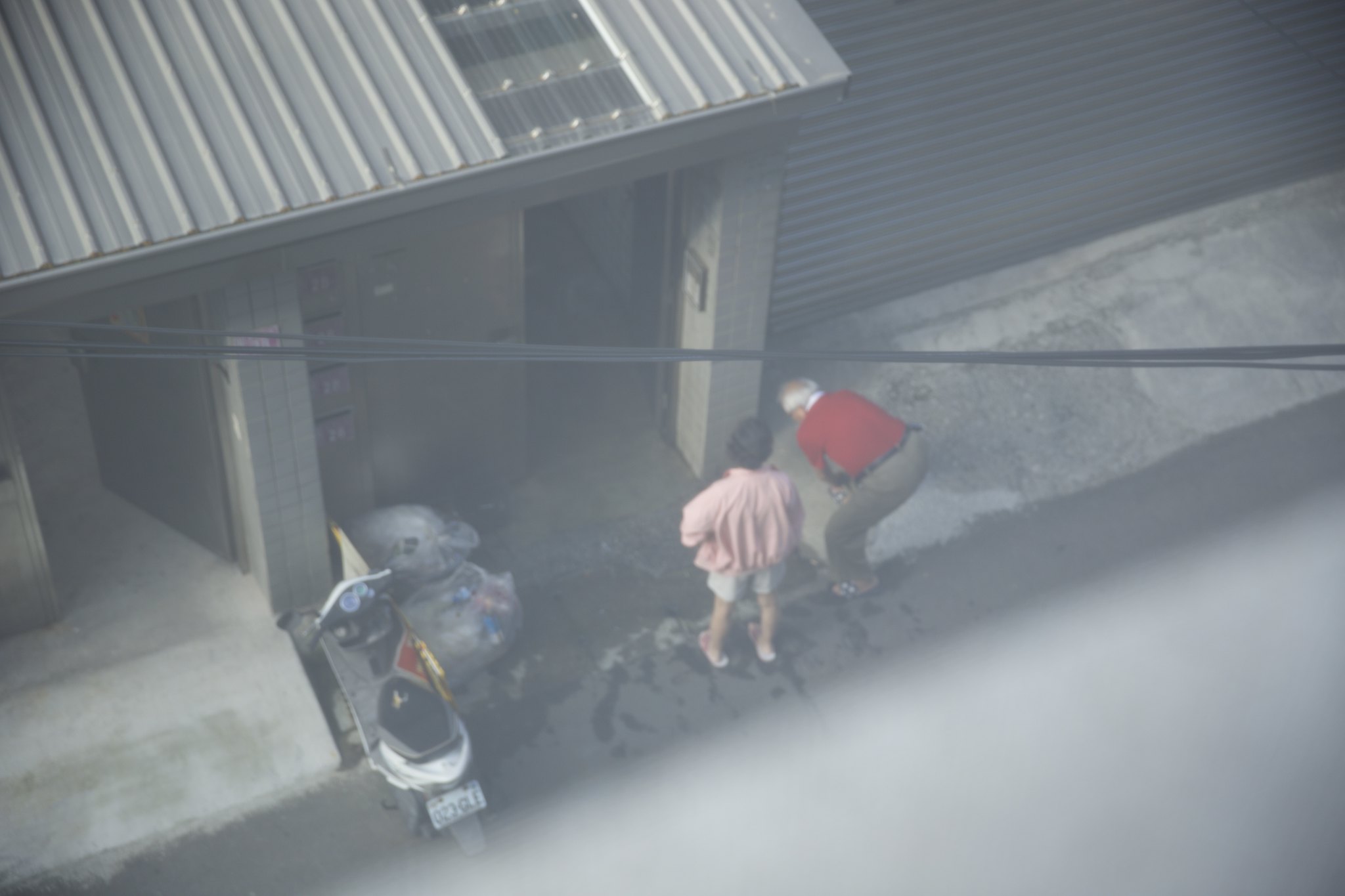 I woke up in the morning to the sound of people talking very loudly. I thought it was Fan’s parents but it turns out to be here neighbours. They were solving a mystery on the street. Fan told me that she grew up in a big house with her extended family. So for her, what strikes her are the complex relationships that exist between people. 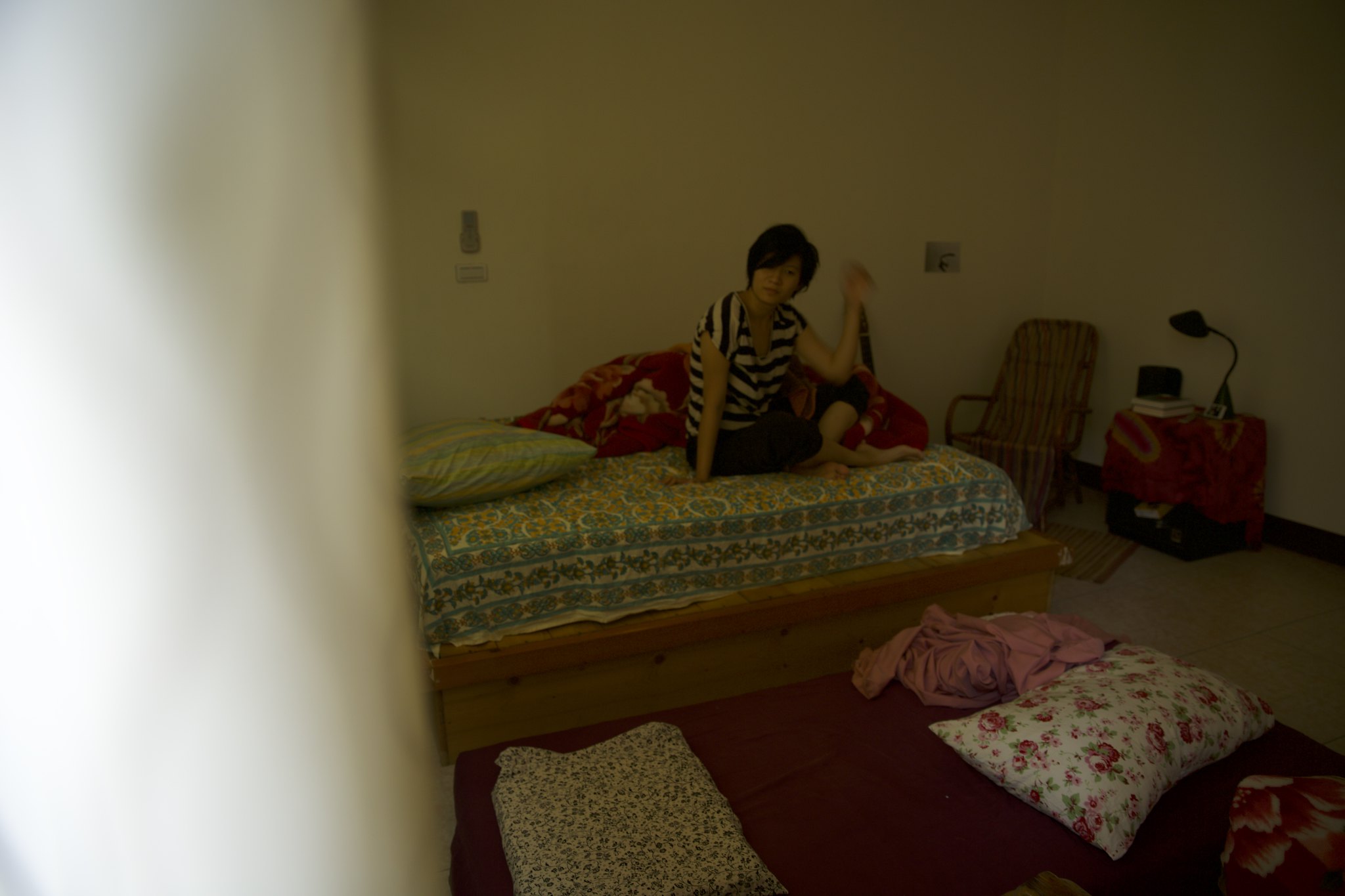 She moved back to Taoyuan in 2018. The home she lives in now is with her parents and her brother and their two dogs, Brown and Flower. 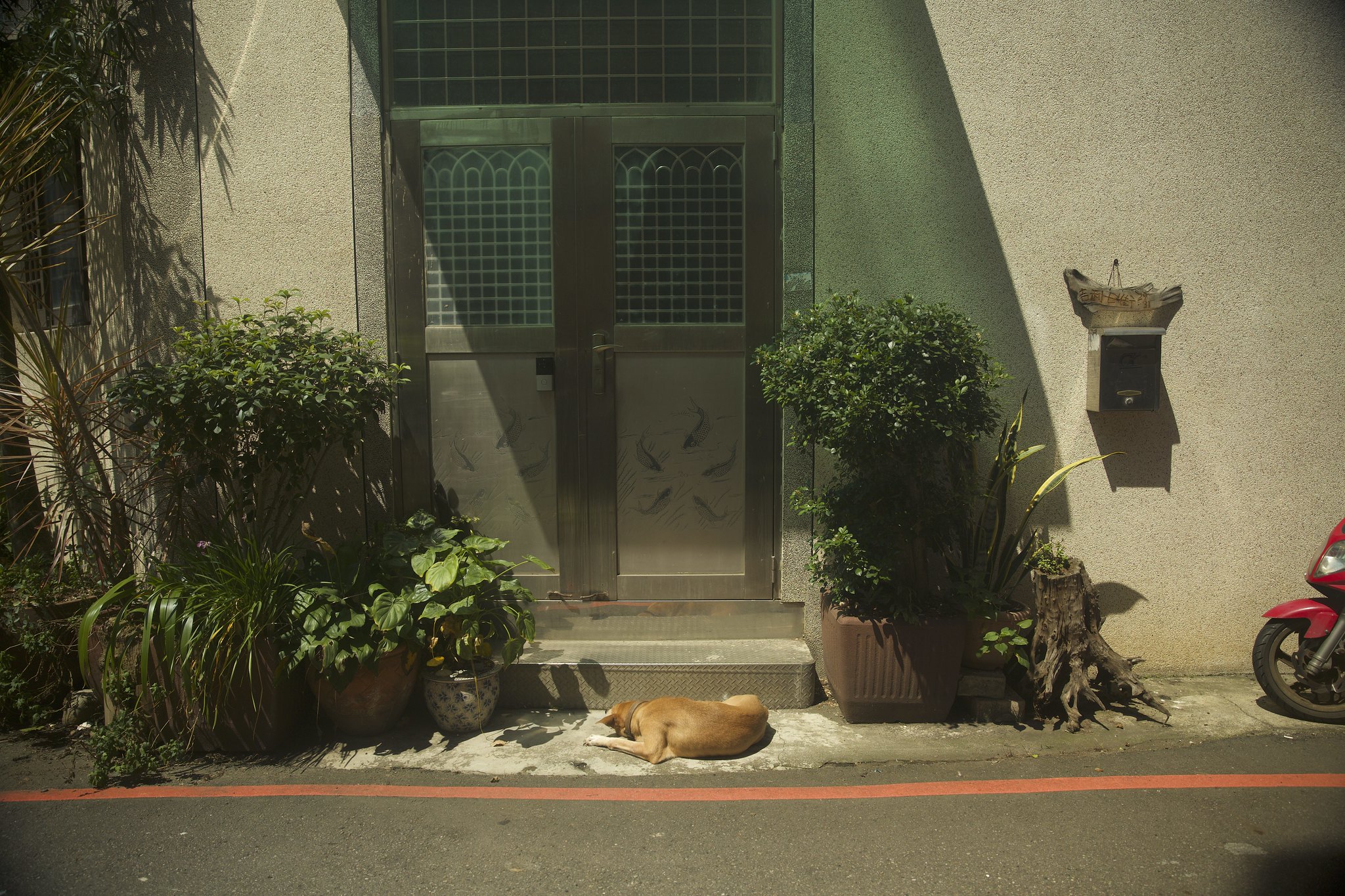 Brown likes to lay in the sun and be petted. He is mischievous and knows that through his sweetness, he gets aways with breaking the rules, such as sleeping on the couch. 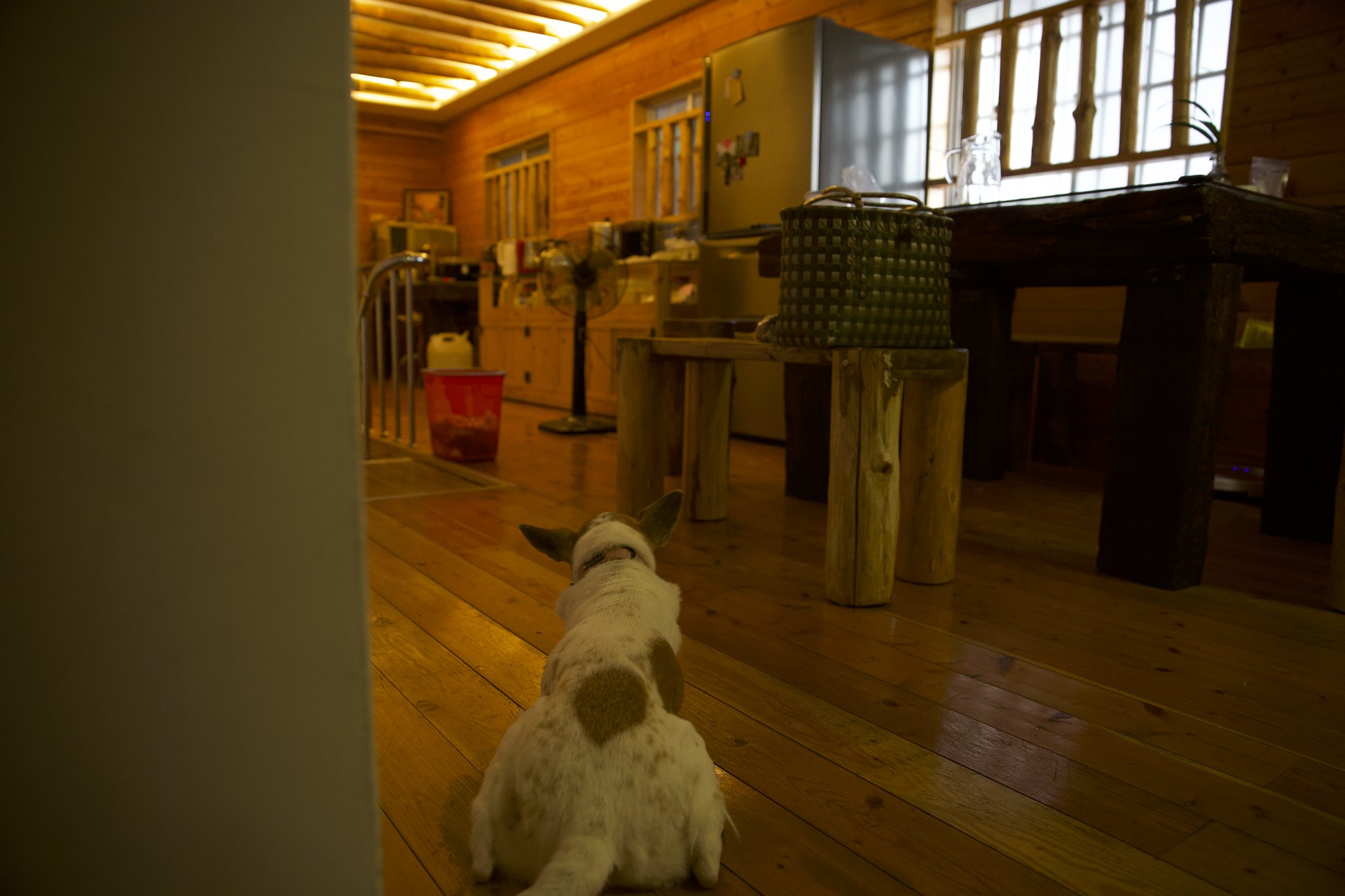 Flower is a real boss lady. She protects the home fiercely.  She is the sweetest— but only to the family. I didn’t pass this exam, so I can only observe her from a distance. 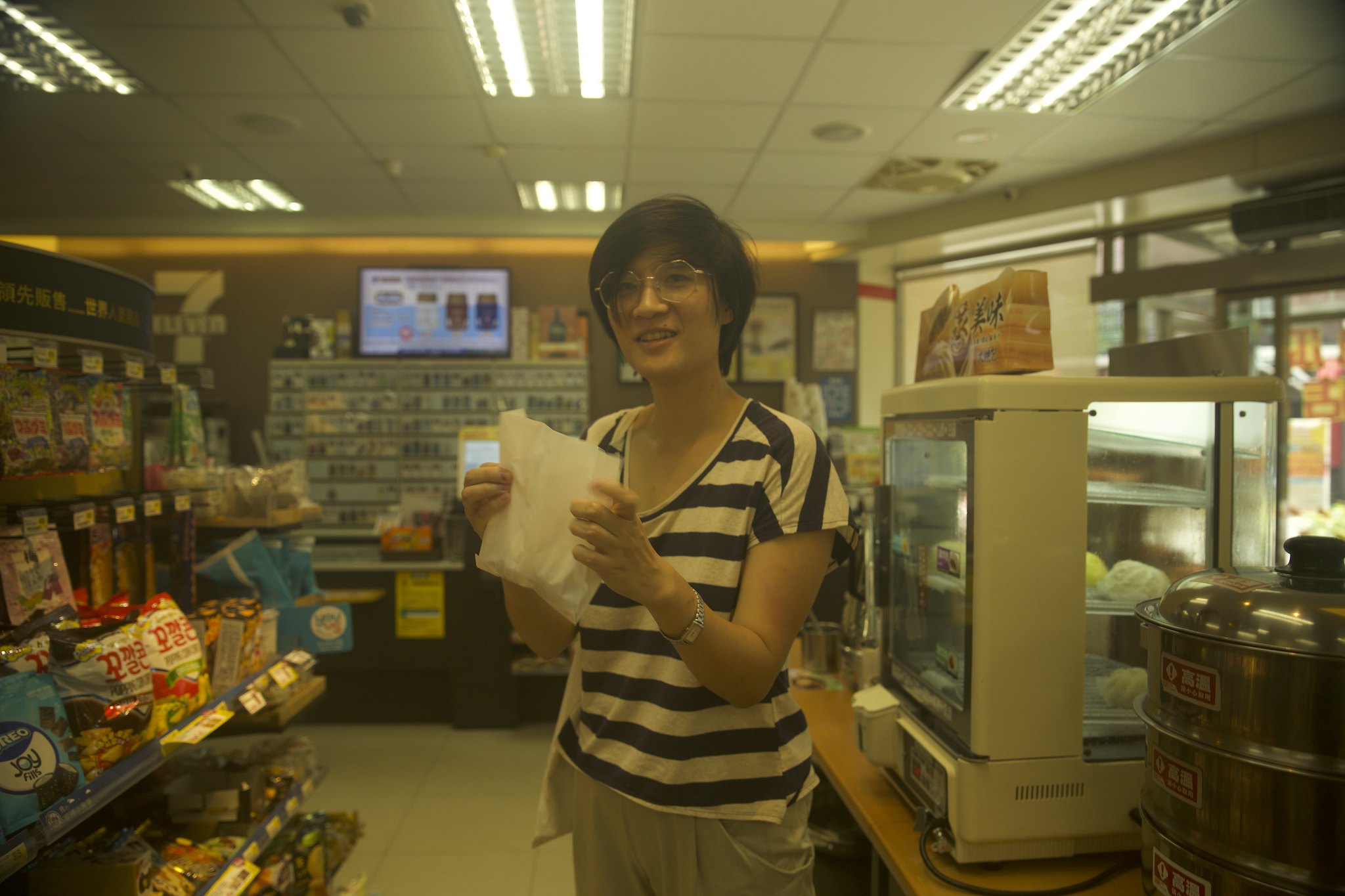 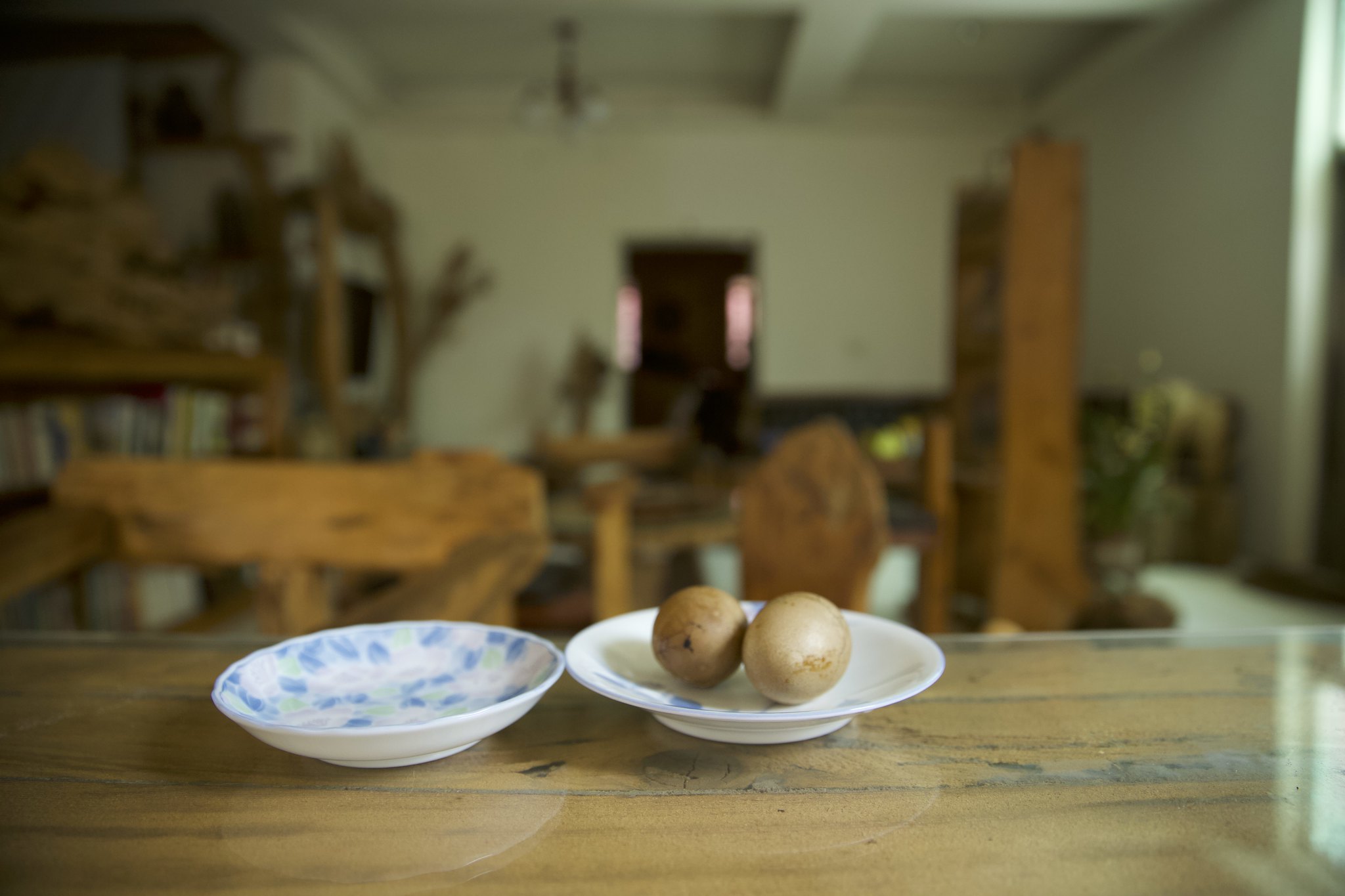 For a long time, I had stopped taking photographs. I did, still, for work. But in the past two years something has changed. It felt like a dark cold night. I tried many times to photograph in the way that I used to, but I could not do it. When I set out to go to Taiwan I promised myself that I would be open. Or at least I would try to be. And then, it happened. Fan and I entered the 7 eleven, and I found out that they sold sweet potatoes and tea eggs for snacks. I was so surprised! Boiled sweet potatoes sold in the expectedly unhealthy 7 eleven joint seemed so new. 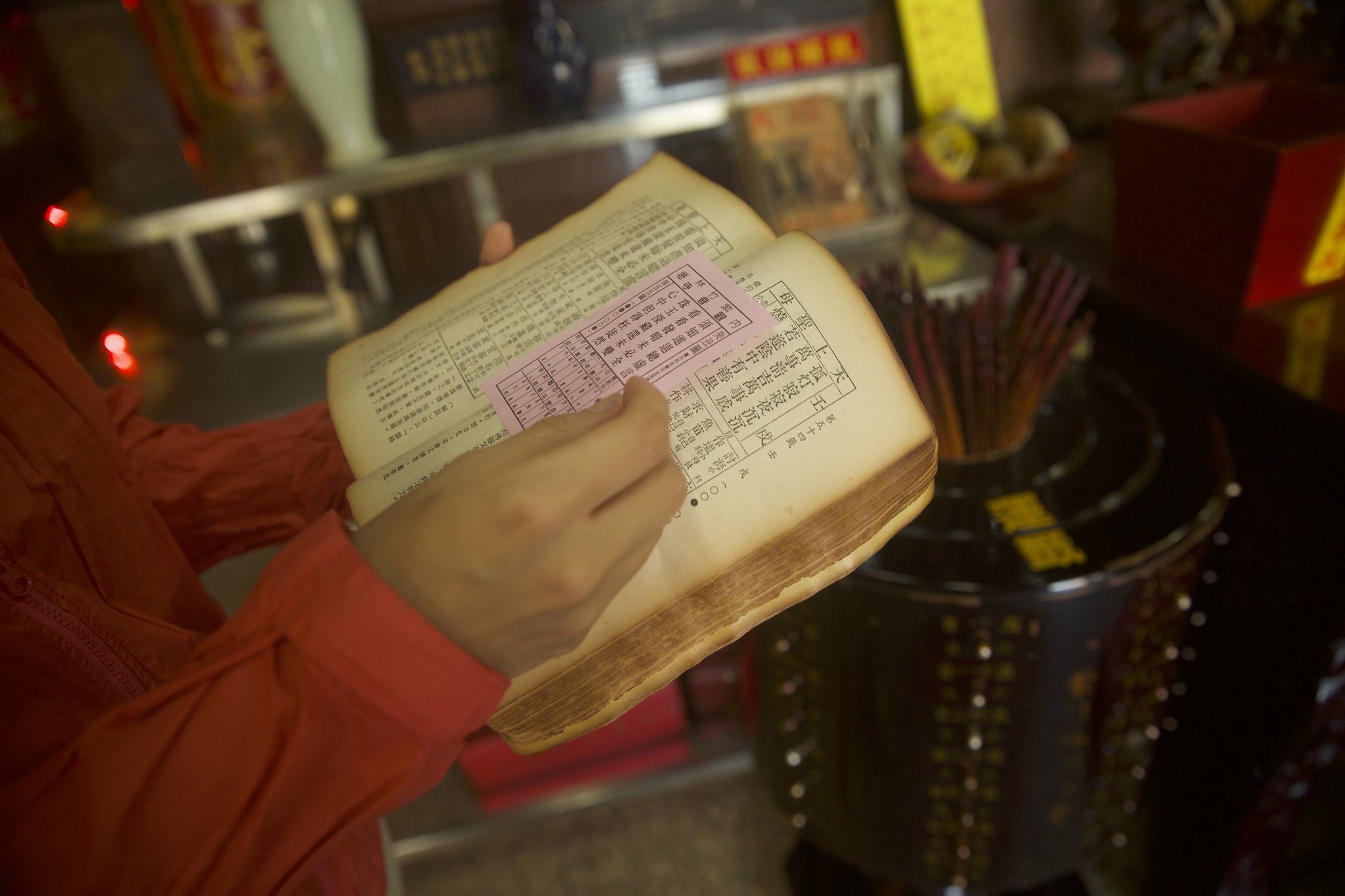 We went to pray in a small temple near their home. The gods reminded me of gem that is hidden within me but is right now buried. I needed to come back down to earth.  To wait. I guess, for the buried, to find itself. 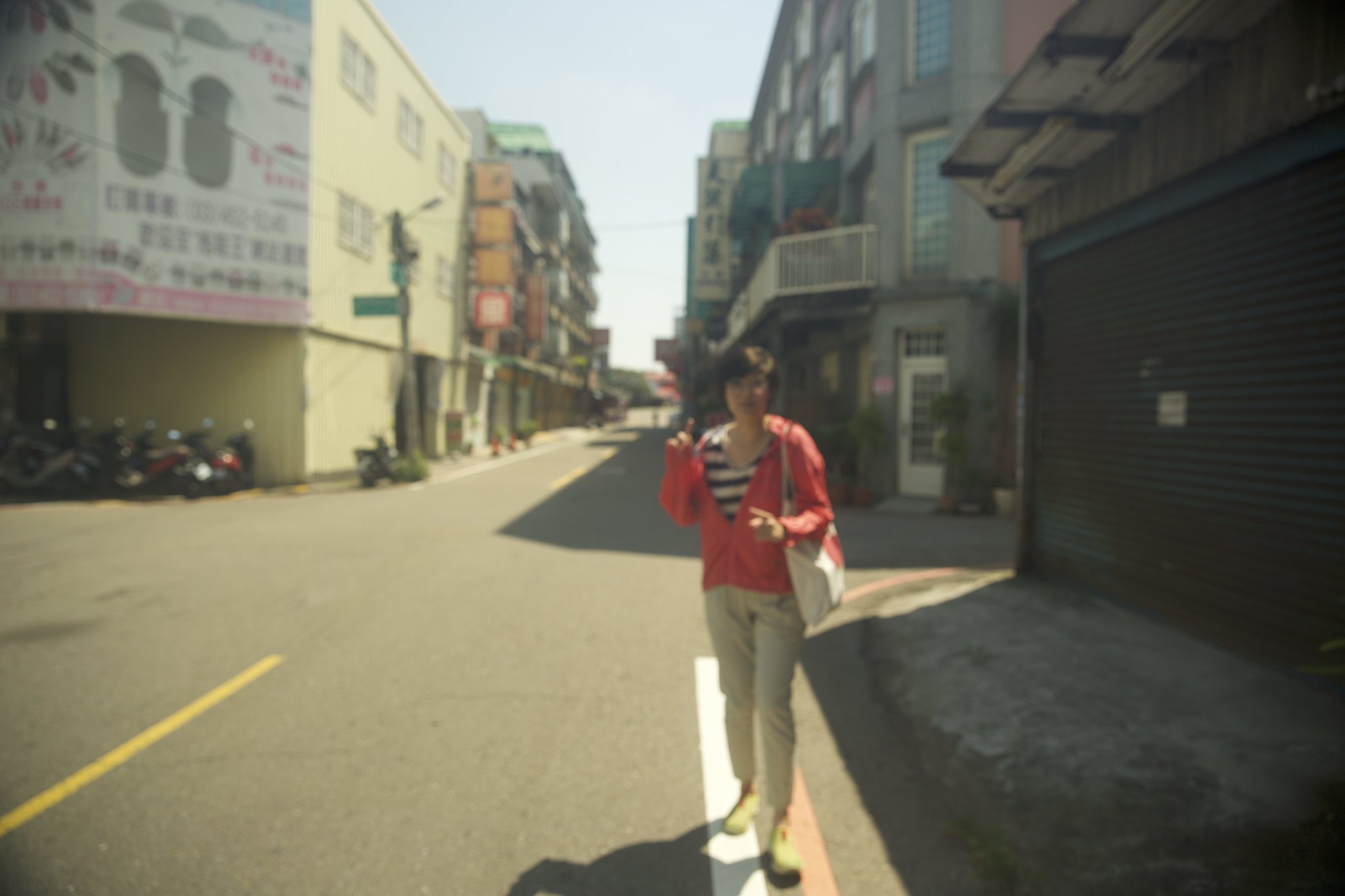 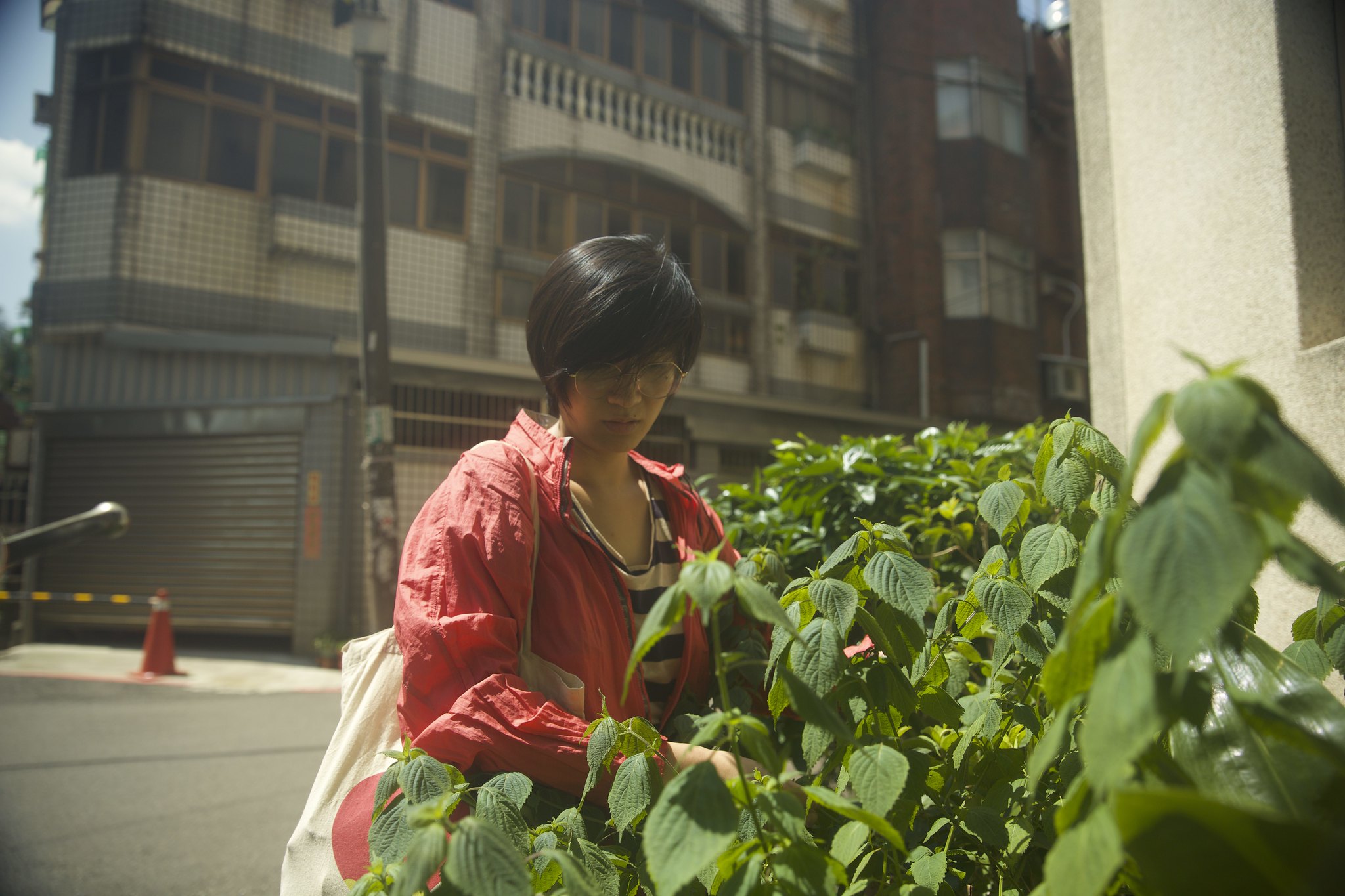 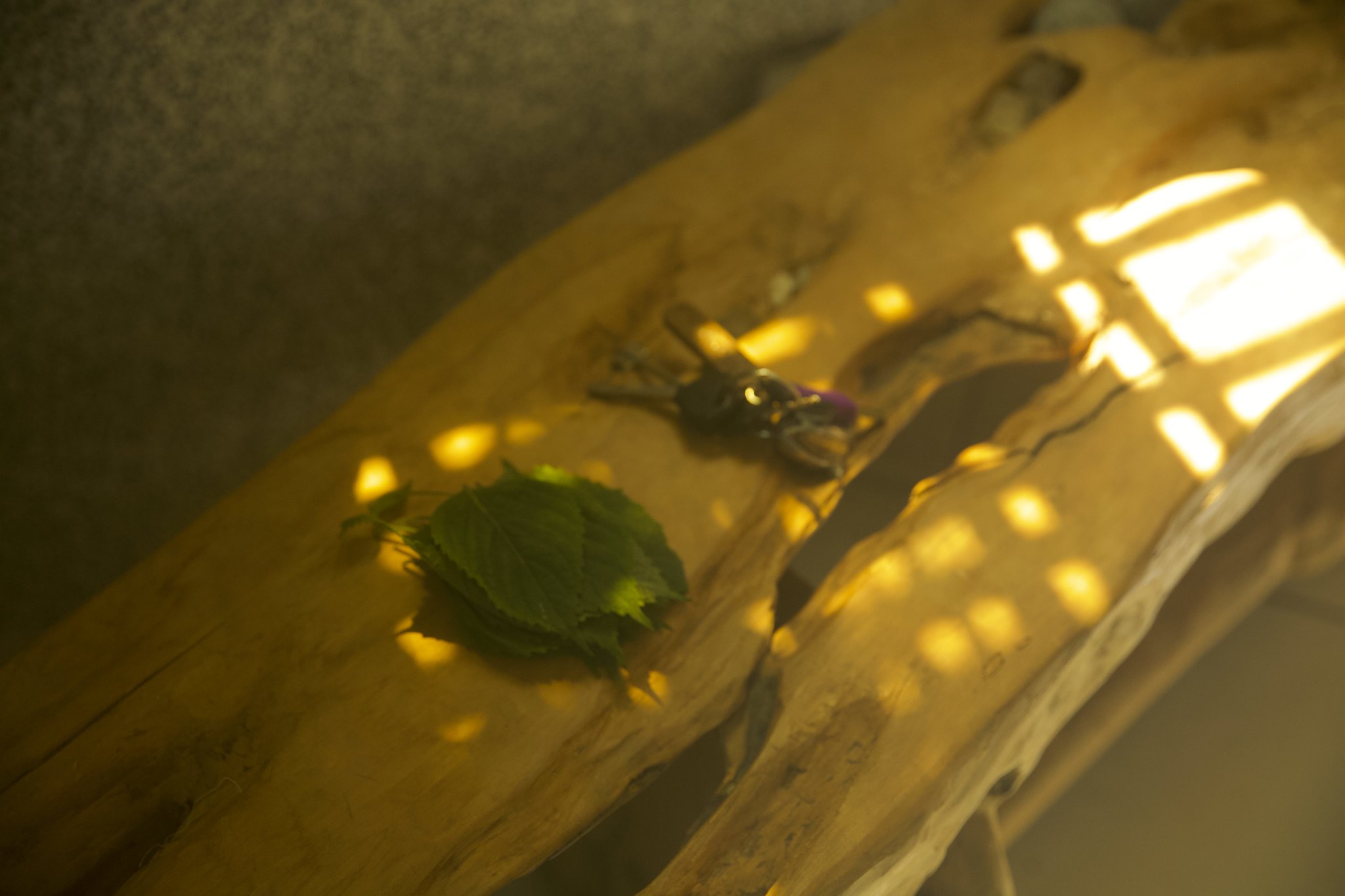 Fan took some leaves from the front for our lunch that day. I saw a beautiful light. The gods smiled. 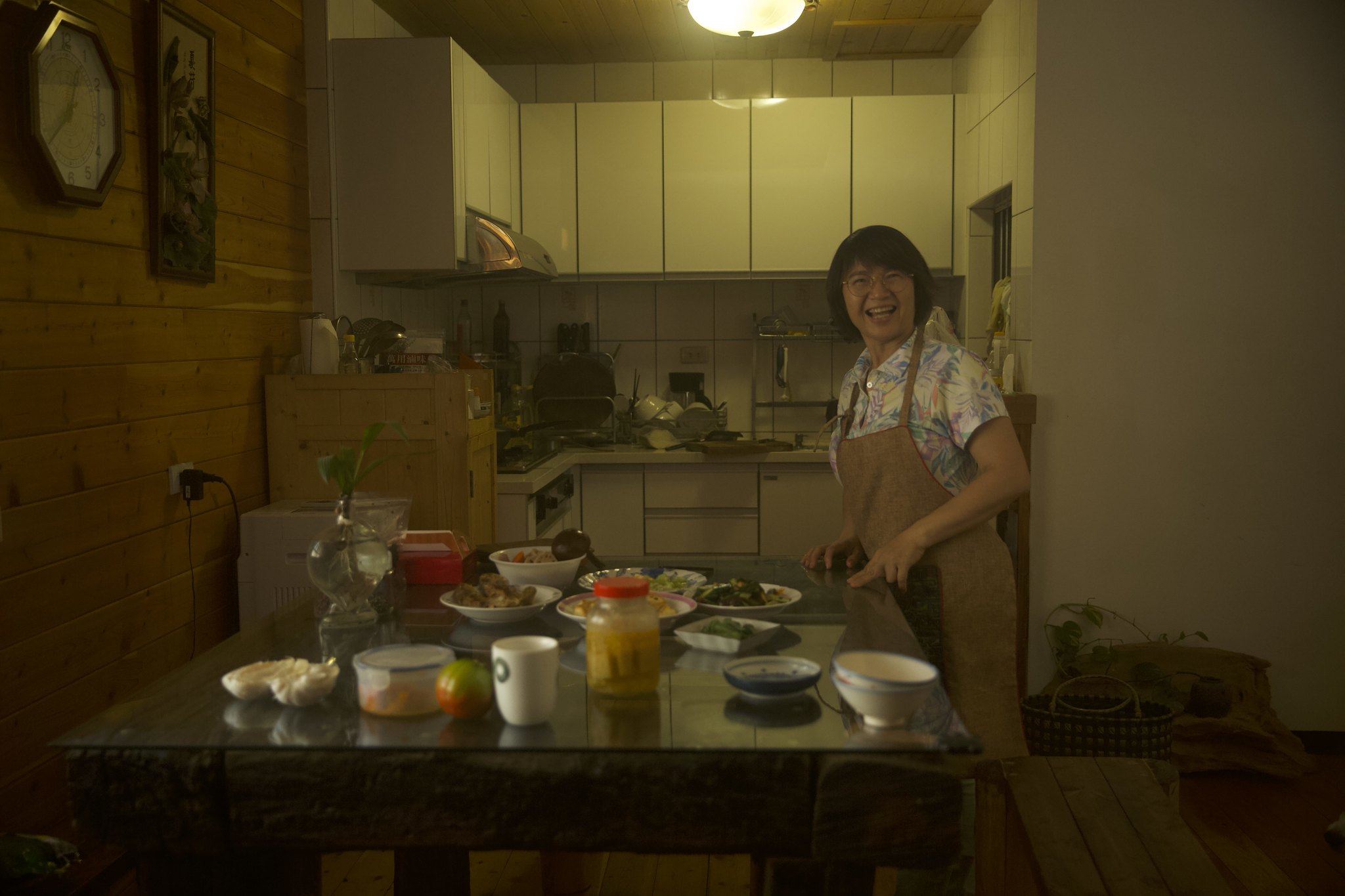 This is Fan’s mother. I learned in the trip that food is best enjoyed hot, and freshly cooked. That cooking vegetables don’t mean eating limp withered leaves. My grandmother told me, when I was young, never to make food wait. I didn’t dare ask why. In Fan’s home, I realised that it was because food is best eaten warm. 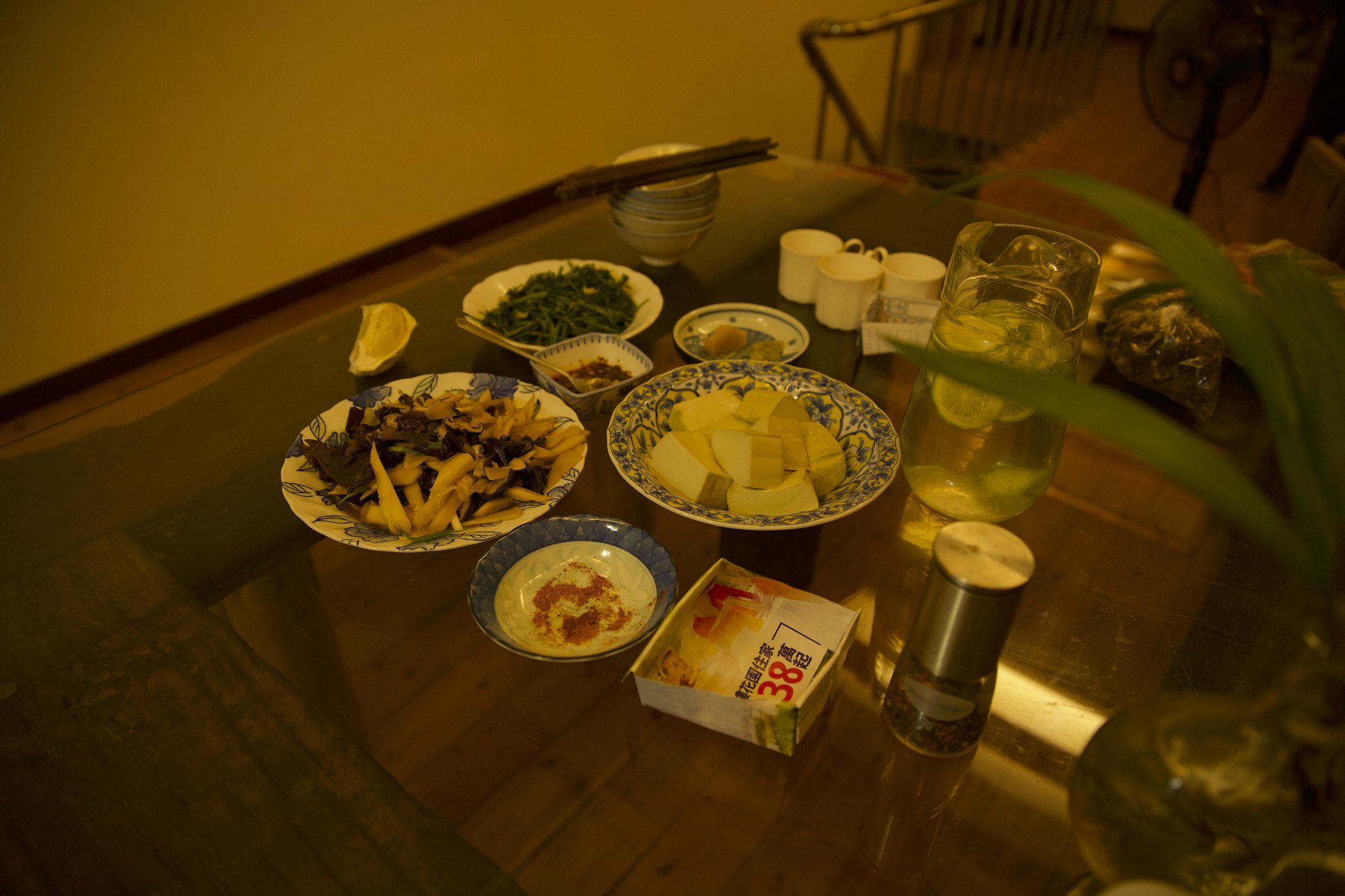 I felt confidence in the way that food is cooked in their home. Confidence in the produce that’s why not much seasoning is necessary. Her mother tells me, that vegetables have to be good — for food to be good. On the table, as in life, simplicity often presupposes confidence. 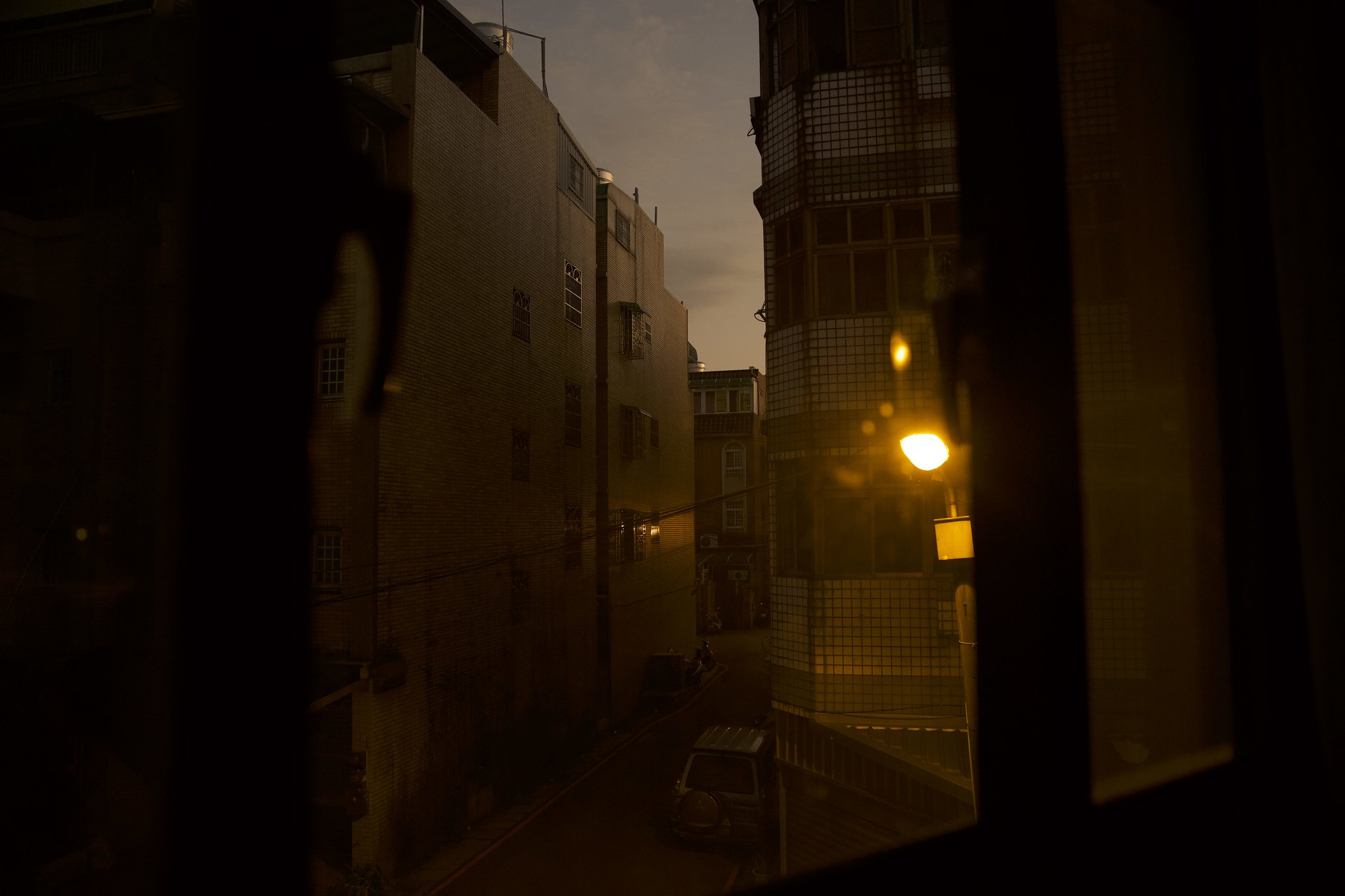 I used to have this habit of photographing the last sunset of the year from my window. I stopped doing it since I left Manila. When I came back, I moved to a new room. Stopped doing it. One day,  I saw the sky again. It felt like I had seen it before.