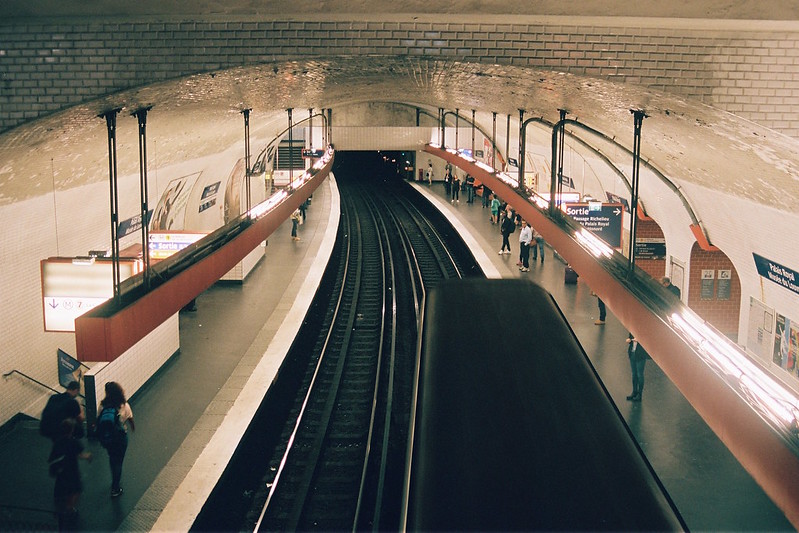 I took very few photographs of Paris. I had V with me, an analog camera Krish bought at a cash converters shop fifty steps away from his house in Arroios. When he told me about V, I thought it was excessive. But 8 months into the future, V is my only companion on my way to Paris. Like many good things in life, I got V by accident. Forgotten at a rented apartment, I retrieved the old camera at the exit of a a ferry port that connects Tallinn and Helsinki. Handed to me, carefully wrapped in a plastic bag, I had, unknowingly met my new best friend. 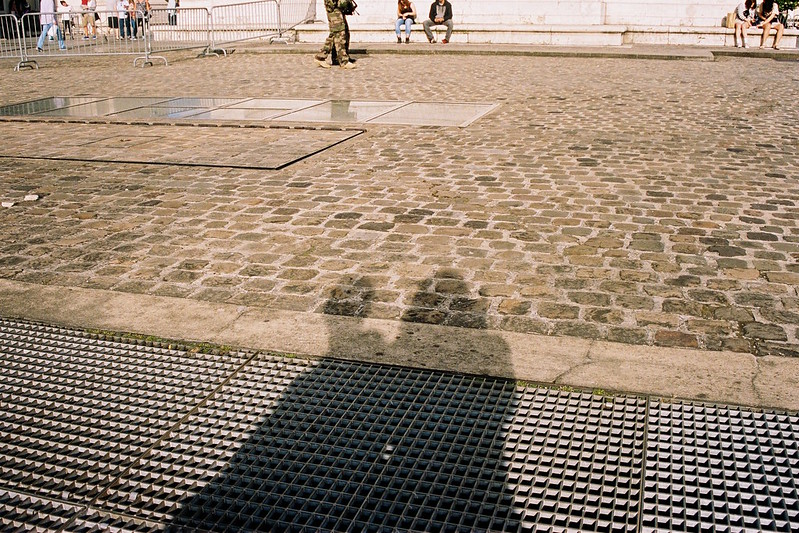 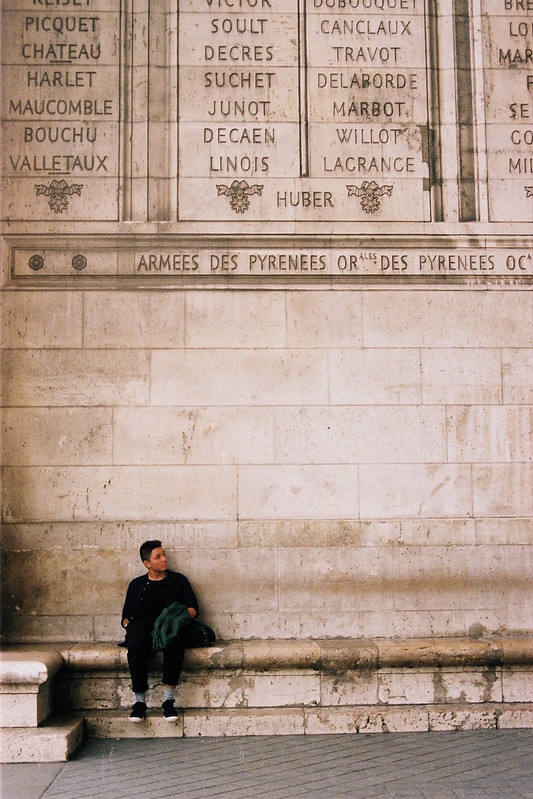 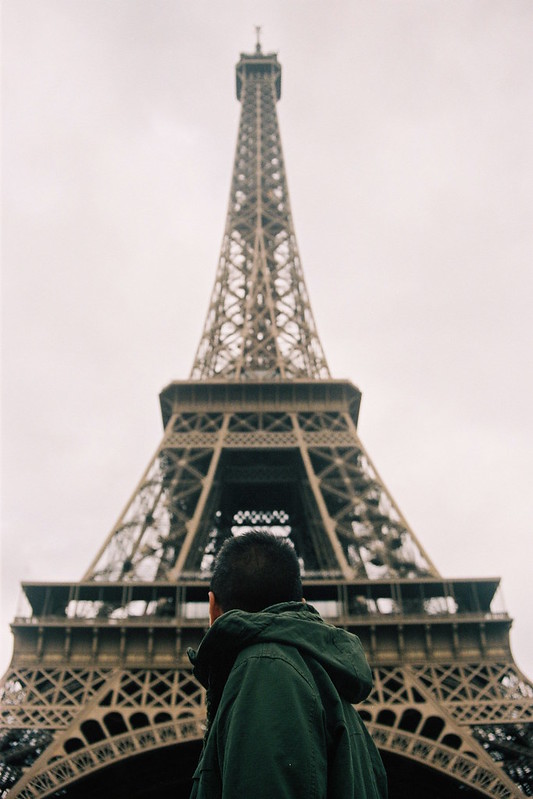 So here we are on a flight to Paris. V and I and two extra rolls of film. I would be meeting Whammy. We never went on a trip together. This would be  the first time. Back home, Whammy had work all the time and on the times he didn’t, I did. That or, the fifteen kilometre distance that stretches to three hours of traffic kept us apart. But here we are, in Paris. I have not seen any of my friends since I left. It’s great we are seeing each other now. I could be myself, or at last, live another part of it. In the Passage Brady we had lunch and set out to the city. Riding metros and talking about the months that passed. We sat on a bridge in front of the Eiffel tower and marvelled at it. 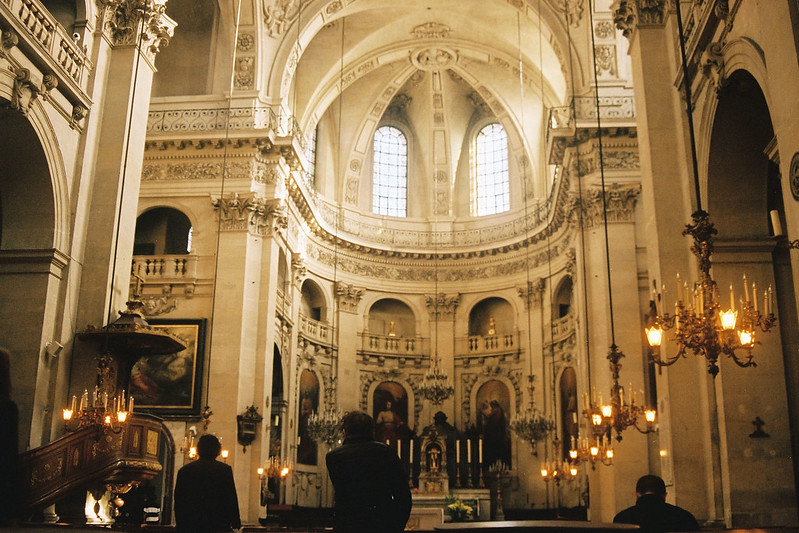 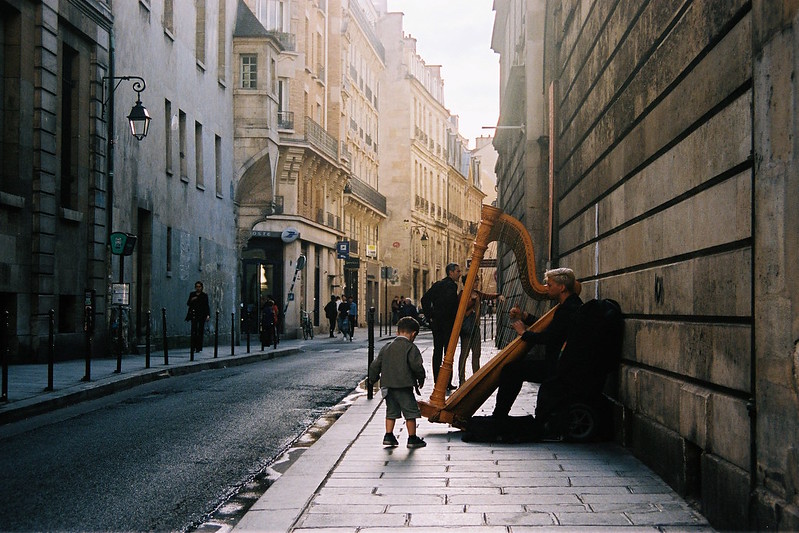 At the same time, talking about plans as if we were in Mister Kebab in Maginhawa, a place we frequented in Quezon City, being fully aware that as we had lunch, or dinner or whatever, we could also rest.  It was good to share dreams and apprehensions. In literally a language that I spoke. I didn’t realise that I was homesick. In the trip I learned about Paris and mostly the things that I didn’t know that I didn’t know. A lot of western art. I met Géricault and Delacroix, and Archimboldo. 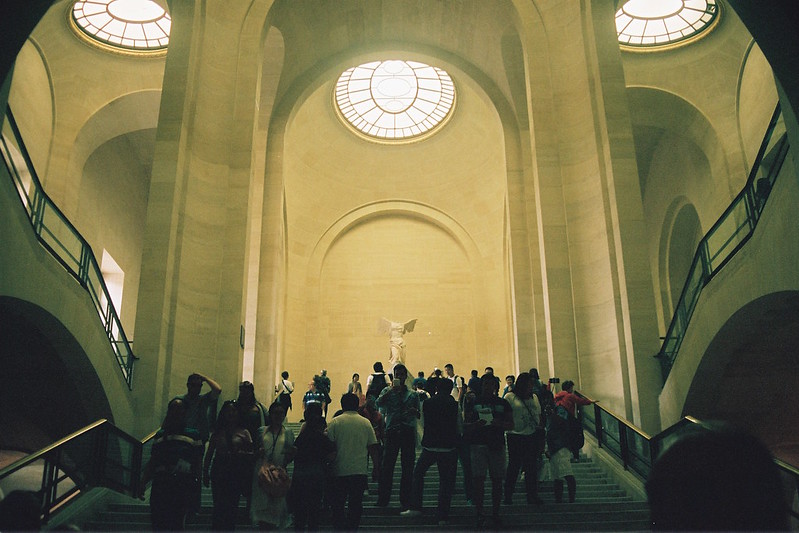 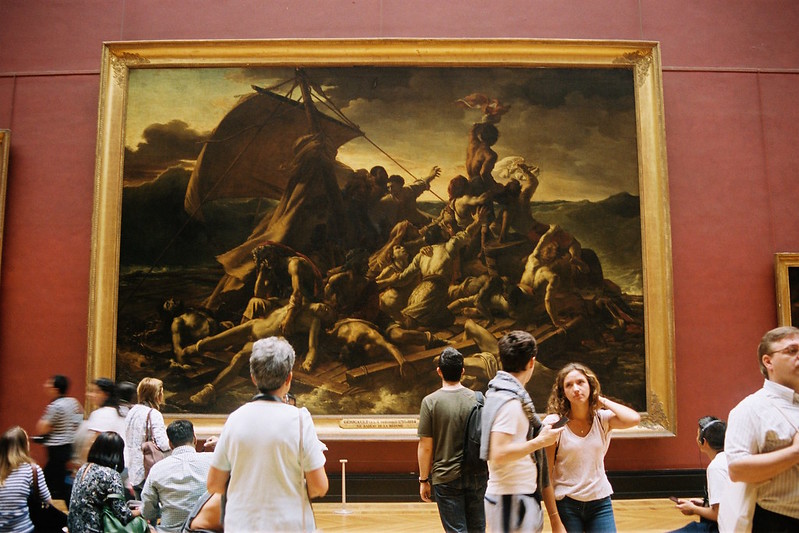 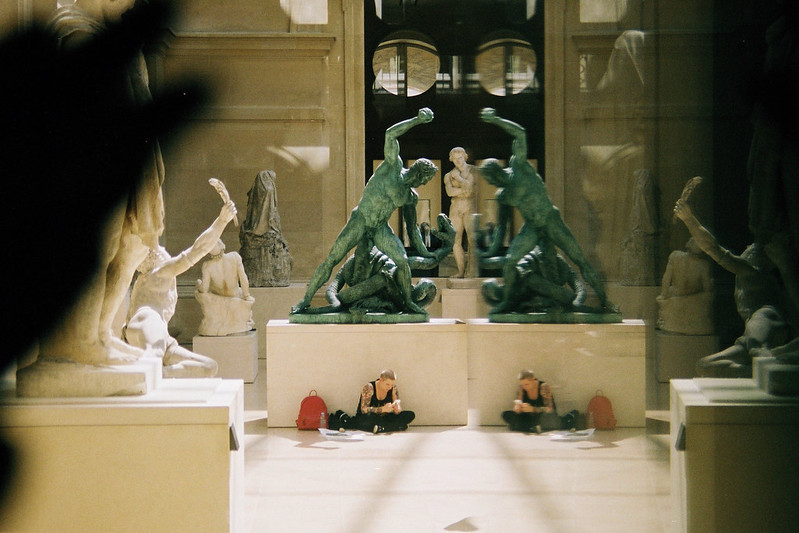 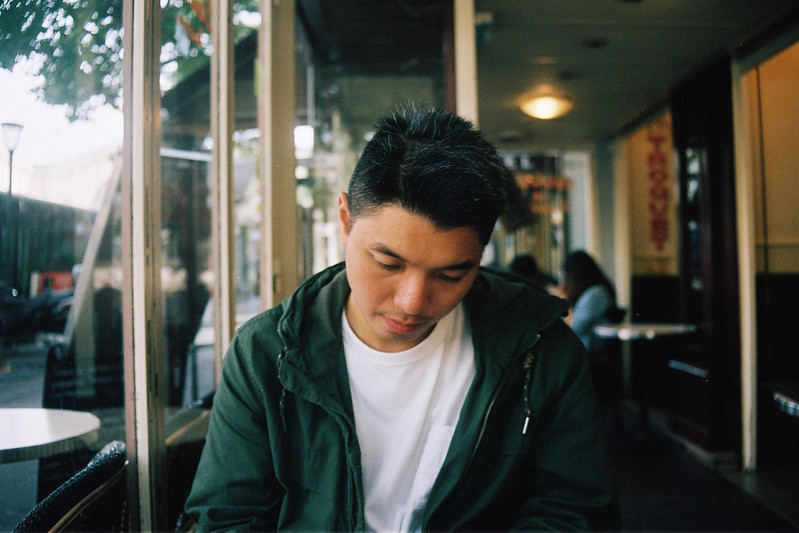 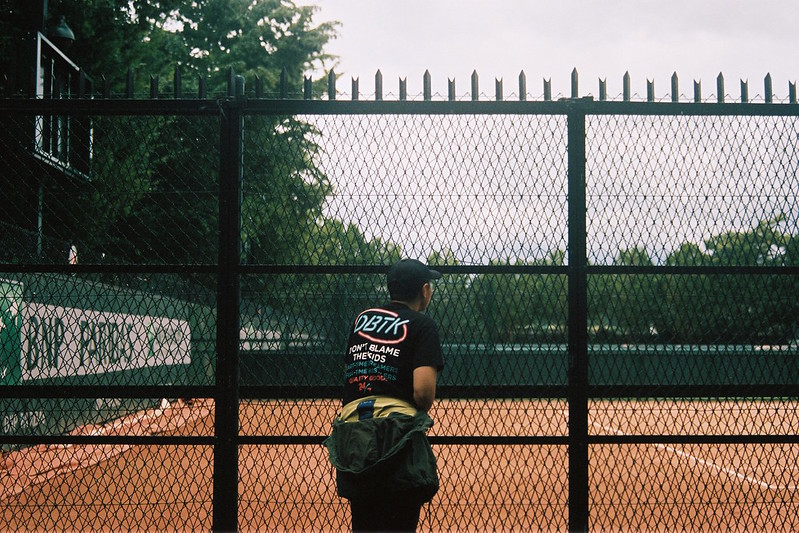 One of the best things I learned was that Whammy was a tennis fan. I never took Whammy for a tennis fan until we were making our way to see the Roland Garros Museum. It was closed but we decided to walk the entire block.

“I’m looking for a name.” He says whilst reading the names etched on around the walls facing the streets.

He told me about M. Chang’s two handed backhand and stories of how he won the Grand Slam.

To just be there, was great. With the noise of the construction emanating from the coliseum complex, Whammy told me about the different types of courts, the different places where major games are played and how Serena and Venus Williams’ relation and player dynamics are. It’s always surprising when we realise how little we know about the people we are with. At the time Whammy, was the tennis fan I didn’t know. 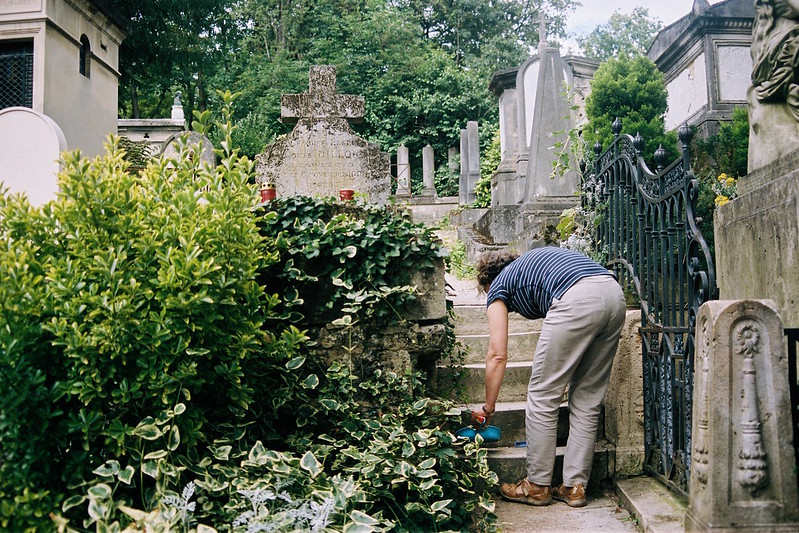 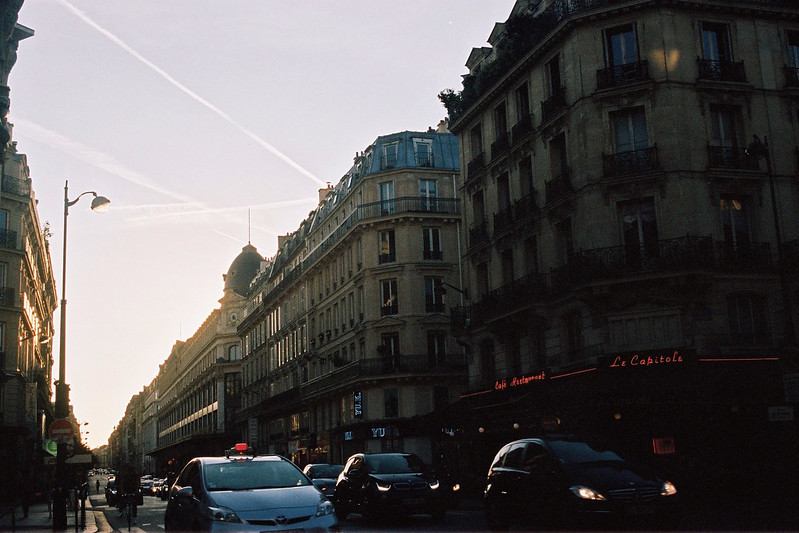 I was barely in Paris. We had strong beers in unnamed bars and took long walks home at dawn, crepe detours included. We said goodbye in the metro at Châtelet. He alighted the train to continue staying for a few more days and I headed toward Denfert – Rochereau heading to Lisbon.