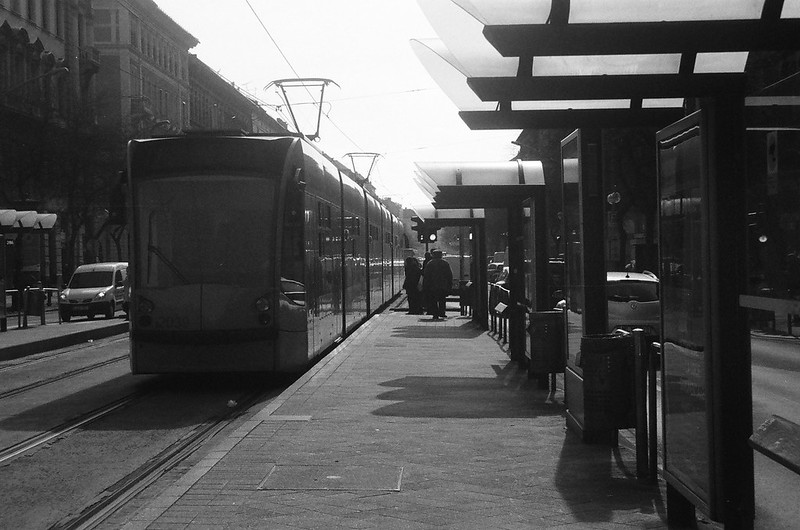 In January we moved to Budapest. It was winter and the first morning we spent in the city was one of the few days of snow. Winter was an exciting concept because I’ve never really experienced it but it was also very alien. It felt like the city was alien to me or, that I was an alien in it. When the sun started to show, I began taking photographs of strangers. This one, was of a man who just left the tram, I asked him for a photograph but he said:

I tried ask again to make sure I understood correctly

He opened his arms up to the sky, looked around and then finally  at me and said:

“Budapest is waiting for you.”

Since then I’ve been working hard to make sure that Budapest doesn’t wait too long, after all, we have barely a month left, and then we are on our way out again.